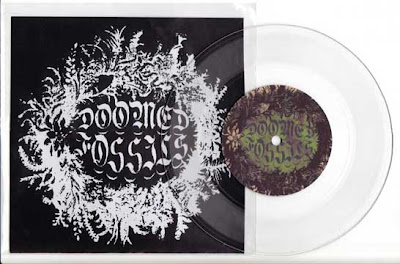 Doomed Fossils were Daniel Farr, David Payne and Alex Pearson.
Farr/Payne duo are pleased to be working with Pearson, an Eastern Canadian noise monster who has been blasting faces as D/A A/D.

The release includes a cdr which present both sides of the lathe as well as two additional lengthy pieces.